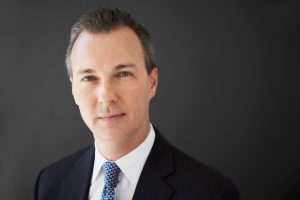 Mayo specializes in writs and appeals for the firm’s construction defect and complex consumer litigation practice groups, and also litigates cases on behalf of homeowners and homeowners associations.  Since 2011, he has been certified as an appellate specialist by the California State Bar.  Before joining the firm in 2009, Mayo worked at Dunn Appellate Law in Pasadena.  Prior to that, his practice focused on insurance coverage, insurance bad faith, and professional malpractice.

Mayo has represented clients in numerous appellate matters over the past decade, and has argued on 17 occasions before Courts of Appeal statewide.  Results include the following published and unpublished opinions:

Lunada Biomedical v. Nunez (2nd Dist. 2014) 230 Cal.App.4th 459:  Court of Appeal ruled in favor of consumers in class action against maker of an ineffective menopausal pain treatment, establishing rule that exercise of rights under consumer-protection statute does not subject consumers to action for declaratory relief.

Los Angeles County Bar Association, Appellate Courts Section
Admitted to practice before the Ninth Circuit Court of Appeal and District Courts of the State of California